I remembered having nightmares the night before that incident. It had been ages since I last delivered lunch to my husband at noon. One such day on my way to his factory, I suddenly fell in love, for the first time. Of course, I knew what love was. Whenever my husband got drunk and came back home late with his colleagues, he used to shout how much he loved me: even calling me ‘Baby Daughter’. I was embarrassed before his companions, especially because of their mocking smiles, for I knew what would happen when they left.
Yes, my husband loves me. He knew I could not get up too early to prepare for meals. So he made me deliver it at lunch break. That caused me extra work, but it was much better than waking up early.
It took around half-an-hour to walk to my husband’s factory from home. We lived in the district, surrounded by factories, beside a railroad circumferencing the city. Dwellers came from all walks of basest life. Almost every house rented out rooms to factory workers. But we did not, for I was usually home alone; and it just was not proper. Although the surrounding was not of the most sterelized, it was breathable, compared to downtown flats where my siblings and mother lived.
I had not seen him before. I wondered if he worked at a new factory. One day on my usual delivery, some lads playing Chin-lone went wild, seeing me. Passing by them, rather embarrassed, I saw him at a casual turn of my head. Stopping his game, he had his long gaze at me till the road turn. That day, I remembered too well the hyacinth in full-bloom at the road-side sewer.
I reflected, before falling asleep that night, I would not pass there anymore; yet I ended up taking the same path, half-expecting he might be there. I saw him that day, too. He was repairing the road in front of the factory. I did not know if he had his duty there or if he was deliberately waiting. Then onwards, I used to see him every noon either alone or with his companions.
That become a habbit. He looked young and ignorant; I was sure there was nothing lustful in his looks at me. But I never returned them. Of course I understood my life. He did not seem to know about me. Consoling myself, I kept delivering lunch taking the usual route.
Then it started raining. Despite the heavy afternoon-rain, the evening resumed drily. As usual, he would sit under thick foliage of a tree, waiting for me. I noticed he had too many companions those days. Not those who went hysterical at the sight of me. I noted his eyes were sparkling even brighter.
It was not long before I saw him with a girl – not quite a sterilized one. At the teashop beside his factory. He waited for me no longer. That awareness hurt me. And there was a woman beside him.
I knew this destitute girl, who lived alone in a rented room at the back of a shabby hut near our place. There was this rumour: a different man came to her room almost every night. What a shame! Is every man the same? Some nights, my husband came home drunk and did not ask me to do it; I wondered why. Now I remembered how much I felt humiliated then. Tears welled up. I made no delivery and stayed in bed. When my husband was home, he asked me about my absence. “I am not feeling well.” There was a long silence before it dawned on him to ask if I was pregnant. What a joke! “I just have a headache.” He approached me with his usual traits and whispered in my ears he must punish me. I laughed and laughed until the tears came. 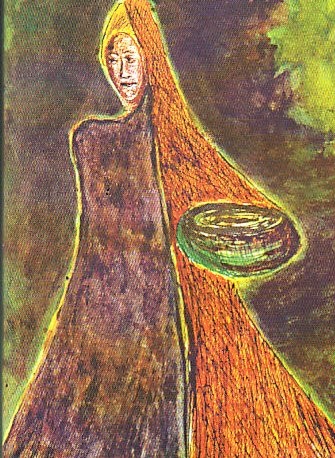 For a few days, I neglected my duty and let my husband eat at a cheap eatery near his factory. There was far too much rain like previous years. Today I resumed my duty, dressing myself up more than I used to. I had to do something about all this, but I did not know how. I prayed and there he was at his usual place. I thought I trembled slightly. Acting nonchalant, I walked slowly, staring at him. He looked surprised. I noticed a man’s lewd smile which had never been in his gazes at me. I returned his smile and continued walking. After a while, at a quiet glance back, I realized he was following me. Resuming quick strides, I thought about my hungry husband. I was sure he was close by. I was not sure what about. But I smiled to myself, very satisfactorily.

English Translation and Editing by Soe Thet San.
Posted by Aung Phyoe at 00:16 No comments: 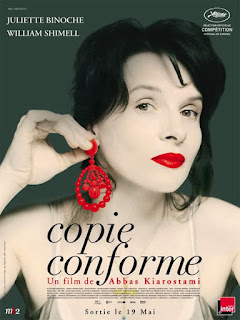 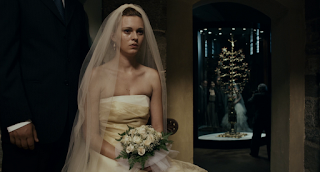 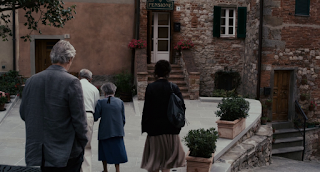 စာကိုးစာရင္း(အက်ဥ္း)
1. "Certified Copy: At Home and Abroad" By Godfrey Cheshire
2. "Ceritifying the Copy; An interview with Abbas Kiarostami" by Aaron Cutler
Posted by Aung Phyoe at 01:45 No comments:

Blogs I love to read regularly

The ideas and opinions expressed in this weblog are mine alone, and do not represent the views of any other organization with which I may be associated.
© 2007, Aung Phyoe